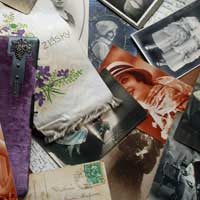 There was a time when the British Empire was huge, and much of the map of the world was pink. Those days might be long gone, but when you’re tracing your family history and your ancestors were in one of the colonies you need to know how to obtain records from there.

With places like Australia, New Zealand, Canada and India it’s relatively easy, as many are available, often online. With other colonies it can be more problematic, and you’re left to rely on sources within the UK.

In most cases, ancestors in the colonies would have either been working for the Colonial Office or in the military. There would be some exceptions, such as planters, but they’d be in the minority.

For both the military and the Colonial Office (CO), the prime source of records is the National Archives. Not all CO records survive, but those that do are there, along with the record of the Foreign and Colonial Office, its successor, after 1967.

Of vital importance is original correspondence, where it exists (if it’s not in the National Archives, it might well be in the archives of the country where your ancestor was posted). For many genealogists this can be hugely informative. As well as militia lists and land grants, there are also records application forms for civil servants, lists of inhabitants, and even the named of slaves who were manumitted.

Prior to 1800 all the correspondence is filed by the date the letter was dispatched. After that time it’s arranged very differently, with files starting with letters from the governor, then other government departments, and finally individuals, going all the way to 1926. Following that date, material is indexed by subject. Although to date there has been no all-encompassing indexes of material, there are some guides and registers.

Military records are also housed at the National Archives and there are plenty from all of the colonies. The Indian Army, which was a separate entity, has its own records there, but with some research you can find records of the British Army in all the colonies.

The records run until 1913 for both soldiers and officers, and many of them can be accessed online. This can bring out much valuable information. In many ways, we’re lucky in the UK, as so many of the records from the time of Empire are kept in a single central location. You can even find the passenger lists for ships at the Archives to discover when your ancestors went to and returned from the colonies.

Additionally, looking at the Army Lists and the book Army Records can be of great help when researching into military records.

Looking for records in some of the smaller colonies can be a very difficult procedure. In many instances the records won’t be online, and even finding a central location where they’re kept can be hard, much less dealing with someone by mail or email.

It requires persistence and the willingness to undergo plenty of frustration. Nor will you necessarily be successful in the end; much is going to depend on the place. Obtain as much information as possible at the Archives and from other possible sources so you rely less on overseas information.