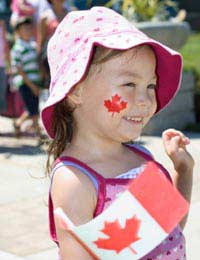 Canada has long, deep links with the United Kingdom. Not only was it part of the Empire and then the Commonwealth for many years, but thousands upon thousands of Britons emigrated to Canada, with an especially strong Scottish presence.

When you’re assembling your family tree it’s quite possible that you’ll need to look at Canadian records to follow a branch of the family that moved there. What is available to you?

The Library and Archives Canada had an entire Genealogy Centre set up to help those researching family history. This is the ideal place to begin, as it holds millions of records. For those looking at Canadian immigrants, there are immigration and citizenship records, census returns.

All manner of civil registration records, which includes certificates of birth, marriage and death, are held at the provincial level, but the website contains links to those other centres.

There are some parish registers at the Archives, the oldest dating to 1621, but the vast majority are scattered around in church archives or provincial archives. Many of the older ones simply haven’t survived.

For a number of older Canadian parish registers, the International Genealogical Index, run by the Mormon Church and based in the USA, is as close to a centralised repository as you can find, and it’s far from complete. Its records can be accessed online and without charge.

The central Archive has many military records, although early ones will often only consist of names and nothing more. These can be valuable in placing a person somewhere at a specific time.

It’s unfortunate that the Archives site isn’t set up to allow remote users to access specific records, although you can search online. If you’re involved in research and you want to see a specific record that’s there, you can request copies (but not of parish registers) or hire a freelancer to obtain them for you. It’s an awkward, ungainly system that works against foreign researchers – and even against many of those in Canada.

However, with additional information, such as how to begin your search, and guiding you through the records, it’s a site well worth visiting.

French-Canadian resources tend to be more limited, since they either cover Quebec or the very early days of Canada, before it became British. The Drouin Collection has copies of all the Catholic parish registers, which can be useful for tracking down French-Canadian ancestors. The downside is that you need to go through a pay service to get to it.

The University of Montreal has a database, almost a census of Europeans living in Quebec in 1799. It’s more than just names, but includes births, deaths, and marriages, in addition to information on individuals, making it an invaluable tool to anyone delving back into French-Canadian history.

The sheer size of the country and the isolation of many cities means that the records of the provinces take on greater significance, all the way into the 20th century.

Olive Tree Genealogy is a free site that offers many records, and is especially strong on passenger lists for ships, as well as immigration and naturalisation records. The Ontario city directories and land records are a value added bonus, as many immigrants spent time here before heading west. This offers the chance to spot them on their trek.

Canadian Genealogy is more concerned with history than with genealogy per se. What it offers on the site gives greater context to those looking into family history, and offers a reminder that not only was this a land of immigrants, but also about the First Nations who’d lived there for centuries beforehand.