US Census Records And Genealogy 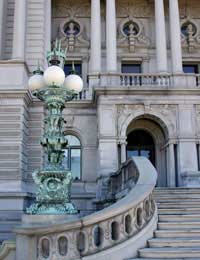 Census records are a wonderful means to discover information about your ancestors, one of the very best tools in genealogy. Not only can you see where they lived, but you can also obtain a snapshot of sorts about the way they lived, the size of their family, and other facts that can be invaluable in compiling a family history.

US census records date back to 1790, when the country covered 12 states, up to 1930 (the records for which were released in 2002). In the US census records you find the rapid expansion of a young country (young by European standards), and the move west.

The early US census records, up to 1840, are limited in what they reveal. The only name given is for the head of each family, with other household members grouped together by age and gender, but their names are not given. This means that when you perform a genealogy search in this period you need to locate other records, particularly probate records (which often name the spouse and children), church records, land and property records to establish a picture for your family history.

The unfortunate thing, although only to be expected these days, is that you need to pay to access many indexes and US census records, even the earliest ones. However, if you delve into some state records, you can find a limited amount of free census records.

There are often problem - the 1890 census was almost completely destroyed by a 1921 Washington fire. Only 6,160 names survived. Also in 1890 a special census of Civil War Union veterans and widows of veterans was taken. This is available on microfilm or can be searched online.

What The US Census Records Tell You In A Genealogy Search

Note that the census indexes for Colorado and Maryland can be accessed for free, but not the US census records themselves.

By 1930, the amount of information asked of each household had grown again, giving a remarkably full picture of life, background, education. It covers each person's name, , sex, ethnicity, age, marital status, relationship to head of household, whether the home is owned or rented, its value or monthly rental, if the family owns a radio set, whether they live on a farm, the age at first marriage, school attendance, literacy, birthplace of person and parents, whether they're foreign born, the language spoken in home before coming to the U.S., year of immigration, whether naturalized and able to speak English, occupation, industry, and class of worker, whether at work previous day - and if not, the line number on unemployment schedule (these schedules no longer exist) - and finally veteran status.

From these records you can extrapolate a great deal about the way your ancestors lived, their origins, life, and it can lead you to other records that will fill out the genealogy picture even more.

The Irish Potato Famine and Emigration
Share Your Story, Join the Discussion or Seek Advice..
Remember that even in the last quarter of the 19th century, large parts of the country weren't part of the United States and therefore not subject to the same laws. That means getting information on people who lived in a number of areas of the west can be difficult, if not downright impossible. You might need to go backwards on census information - remember, some of the west could be very wild.
Jean - 30-May-12 @ 2:17 PM
Title:
(never shown)
Firstname:
(never shown)
Surname:
(never shown)
Email:
(never shown)
Nickname:
(shown)
Comment:
Validate: