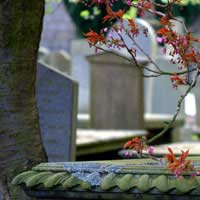 Reading an ancestor’s will can tell you a lot about how they managed to live their lives. It’s not simply the goods and property they acquired – be that great or small – but how they wanted all of that disbursed after death.

Although Scots law can often be radically different to its neighbour south of the border in terms of wills it worked in quite similar fashion.

A person can make a will, a document stating how he wants to dispose of his property after his death. Those wishes will be carried out by the executor of his estate, who is confirmed by a testament approved by the counts.

The property fell into two categories under Scottish law. Buildings, anything to do with land and mineral rights, known as heritable property, went to the eldest son (the law of primogeniture). The rest, called movable property consisted of goods, money, and other items. Traditionally this was divided into thirds. The widow received a third (jus relictae), another third was divided equally among the children (legitim), with the remainders, the deid’s part, consisting of bequests by the deceased. In the absence of either widow or children, movable property would be divided into two parts, or simply became all the deid part, although that always had to be confirmed by the court.

Testaments fell into a further two categories, known as testament testamentars and testament datives. The former came into effect when the dead person left a will, and had an introduction, an inventory of possessions of the dead person, the will itself (or a copy), and a confirmation clause. Testament datives only applied when no will was left, and were essentially the same as a testament testamentary, except for the will itself. Until the beginning of the 19th century, testaments tended to relate only to movable property, but things quickly altered to cover all property.

Until 1824, the Commissary Courts recorded testaments within their own boundaries. From that point, however, that changed to being a function of the Sheriff Courts.

Scotland’s People is the best database for researching wills and testaments, with an index of more than 600,000 going from the 1500s to the early 20th century.

Even an index entry is valuable, offering not only the name of the deceased, but their occupation and where they lived, along with where and when the testament was recorded. Be aware, however, that an index entry won’t give you the date of death or what the estate was worth – you’ll need a copy of the will itself for that, and you can find images of wills from this period available from the National Archives. Index searches are free, and it’s £5 to see any image.

Although wills hardly qualify as vital documents, the amount they can help fill out the bigger picture about your ancestors makes the effort in finding them more than worthwhile, especially you as understand the family relationships and likes (and dislikes) in the bequests. Additionally, they paint a portrait of the times and the way people lived, and what possessions were considered important.

At the same time, the majority of the population was poor, with little or nothing to leave, so if you find no will, this might well be the reason.