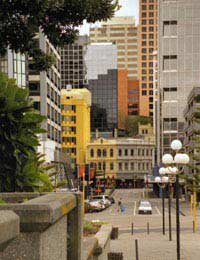 In New Zealand, the registration of marriage first became compulsory in 1854 and you can find records from that time onwards in the Registrar General's Index of Marriages (for Maoris, registration wasn't compulsory until 1911; even then, Maori records were kept separate from European records for many years). Until 1933, males could marry once they reach the age of 14 and females could marry at the age of 12; after that the minimum age for both sexes became 16.

Although they pre-date compulsory registration, you can find some marriage records dating from 1848 (the year registration of births and deaths became compulsory) in the Registrar General's Index. All records are listed alphabetically, but you need to remember that records go by the date the marriage was registered, which will be different from the actual date of the marriage, especially if a couple wed close to the end of a year. You'll also find grooms and brides listed separately, with brides shown by their maiden name. However, both should have the same folio number, which means that once you've found one party, the other can be easily identified. The problem for researchers is that the indexes aren't accessible online. You can request a search, although you'll have to pay for it. Those in New Zealand should also try larger public libraries, which have some of the indexes on microfiche.

Once you locate the entries you want, you can apply for a certificate of marriage or a printout of the entry.

This is a wonderful, free and readily accessible database that works with the Registrar General's marriage indexes, allowing you to match brides and grooms by their folio numbers. What you'll need to know to begin with, is the year the marriage was registered and the folio number of either the bride or groom. From there the index can give you the page you need to check in the Registrar General's Index and from that information you should be able to find the name of the other party. For marriages that took place between 1840 and 1862, you don't even need the folio number; you can just search by surname.

Information on a Marriage Certificate

Under the Marriage Act of 1854, the only things registrars had to record were the date and place of the marriage, the full names, ages and status of the bride and groom, along with the groom's occupation and the names, addresses and occupations of the witnesses. However, the Act was amended in 1880, so that the marriage certificate also included the places of birth and residence of the bride and groom, the full names of both their parents, the occupations of both fathers and the maiden name of the bride's mother. From a researcher's point of view, this additional information can prove vital in tracing the family back another generation.

Since no official registration existed, hunting for records of European marriages in New Zealand before 1854 (and certainly before 1848) becomes harder. However, the New Zealand Society of Genealogists Inc. can help. They have amassed a large number of records of all kinds, ranging from Civil Registration entries to Bible entries, which might be able to offer information. If you know the name of either the husband or wife, you can request a search. You'll need to become a member of the Society to use this, but it's worth the expense, as it remains the most complete repository of information for the period. Be warned though, that good as it is, it can't be total. You might not find the marriage of your ancestors listed there.

Notices of Intention to Marry

Notices of intention to marry were forms that had to be completed before marriage. They're worth the effort of tracking down, because often you'll discover snippets of information that aren't available anywhere else, such as how long the bride and groom had lived in the district and who gave consent for the marriage.

Genealogy Source For Non-Anglican Marriages
Share Your Story, Join the Discussion or Seek Advice..
[Add a Comment]
@John - we don't hold records, as we are a reference site only. You need to contact your public records office to find your certificate.
ExploreGenealogy - 16-Dec-14 @ 12:53 PM
Hi, Do you have marriage certificates for my marriages in New Zealand.
John - 15-Dec-14 @ 8:38 AM
Hi Just wondering if there is any info available regarding whether Anna Dabrowski married Nathanial Carpenter in NZ in 2011, 2012 or 2013. Thanks Justine
me - 12-Jul-14 @ 3:27 PM
There are always going to be anomalies, but New Zealand is one of the best-organised countries when it comes to records. They've been kept for most of the time there have been white settlers, in one for or another, and are easily accessible whether by folio number or name, making it simple for amateurs (like me!) to find what they need. I used the records quite a few years ago and had no problem at all, other than the usual air mail delay.
Martha - 11-Jun-12 @ 10:57 AM
Title:
(never shown)
Firstname:
(never shown)
Surname:
(never shown)
Email:
(never shown)
Nickname:
(shown)
Comment:
Validate: