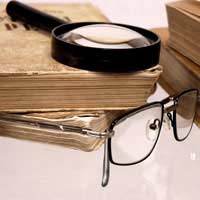 The Poor Law Reform Act of 1834 changed the way the poor were cared for in England and Wales (although cared for might not be the best term, given how they were treated). Before this, relief of the poor was the sole concern of individual parishes; after, it became the government's affair. Essentially, from being a local concern, the care of the poor became nationalised.

The new theory was that in many cases the poor were simply idle and unwilling to work, so conditions in the workhouses, where the indigent would be housed, became so harsh that they'd discourage all but the truly desperate from applying for relief.

Interestingly, the old poor law guardians, instead of being glad to have the burden lifted, objected strongly, disagreeing with the premise that so many were just idle. Their view was perhaps far more realistic, certainly in a time when poverty was endemic.

Conditions in The Workhouse

Conditions in the workhouse were appalling. Families were separated, the food was plain and frugal but "sufficient" (think of Oliver Twist asking for more), and any able-bodied men was turned away to work. Inmates had to wear a uniform, and couldn't leave the workhouse without permission. Tobacco and spirits were banned. Their work included stone breaking, oakum picking, bone crushing, or labouring for one of the local industries. It was quite deliberately backbreaking work - essentially the same as that done by prison inmates. Children, at least, were schooled.

Poor Law Records and Using Them to Trace Ancestors

As the reputation of the workhouses spread, those who entered them usually did so as a last resort. Their names were put in the workhouse admission book, along with plenty of other information - year of birth, parish of settlement, marital status, the reason they needed poor relief, religion, and even a brief physical description. Records of births and baptisms were also kept.

After 1871 copies of birth certificates had to be made under the Vaccination Act. Those that have survived, like other workhouse records, are now in local records offices. After 1898, however, parents could, on the grounds of conscience, refuse vaccination for their children.

What is interesting is the dates on some of these records. We tend to think of workhouses as being typically 19th century, Dickensian institutions, and to a large extent they were. But workhouse records from as late as 1935 and 1948 survive. Talk to someone over 80 and they'll remember the fear of the workhouse. In a rather unfortunate irony, one major hospital made the old workhouse into its geriatric wing, meaning older patients were actually scared to go in.

In most cases finding and checking the Poor Law records for a city or town isn't difficult. Many of them have survived intact. The big problem is establishing whether your ancestor went under the Poor Law or not. After all, among the poor there were few written records beyond the compulsory registration of births, marriages and deaths and the census. They lived in housing that today we associate with the worst of third-world countries, and were often illiterate.

There's no simple way to determine whether they went into the workhouse, other than checking the records, many of which aren't systemically indexed. When would you check? Perhaps if an ancestor slipped off the census, but you know they were still in the same town. The birth certificates of their children (or even their own death certificates) might offer a clue. Like much of genealogy, it's a case of detective work, following those clues until you discover an answer.

Taking a Genealogy Course
Share Your Story, Join the Discussion or Seek Advice..
I believe my father was in prison at the time of my conception how can i find out if this is rightThis time period was between 1959 to 1953he was held i Lewes prison and he was in there for selling pink diesel during rationing
babe - 25-Jan-21 @ 12:33 PM
Title:
(never shown)
Firstname:
(never shown)
Surname:
(never shown)
Email:
(never shown)
Nickname:
(shown)
Comment:
Validate: