Tracing Ancestors Transported to the Colonies as Criminals 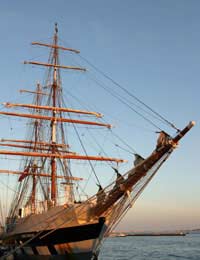 Many families have skeletons in the closet, a lot of which have probably been forgotten over the years. Perhaps the biggest one to discover is that an ancestor was a criminal of some kind. By the law of averages, though, there's a reasonable chance you have someone in your family tree who committed and offence and was caught. That won't have been good for him, but it is for you, a descendant he never imagined, looking back into family history. Criminal records have stuck around, and if he was a transported criminal then there's a goldmine of information for you.

Family History and Convict Transportation: 1718 to 1868

Transportation was seen as the humane alternative to execution, and perhaps it was. Between 1718 and 1776 some 50,000 people convicted of crimes were transported either to the American colonies or the West Indies, then after 1781 (until 1868, when the practice ended) another 160,000 were sent to the fledgling penal colony of Australia. The period of transportation was either seven or 14 years, depending on the offence (and the judge), and in most cases the person didn't return. Many died on the long voyages, more in the colonies, and plenty found a new freer life overseas. Jailed criminals were known as prisoners, but those transported were called convicts. You could be transported if you were a petty thief, burglar, pickpocket or shoplifter. More serious capital offences could have their hanging commuted to transportation.

Convicts actually left more records behind than many criminals, in part because there was so much involved in their sentence at both departure and arrival. The depth of the records can be wonderful, covering not only name and vital information, but also physical appearance, health and family background. Most of the records pertain to Australian transportation, and in England can be found in the National Archives. In Australia, the State Records New South Wales is the main place for convict records. What you can find in England includes Admiralty medical journals, transportation registers, judges' reports, trial records and more. The Australian end adds indents, musters, tickets of exemption and of leave as well as convict bank accounts and certificates of freedom.

To start on your search, you'll need some basic information. Not just the name, but also the approximate date of conviction and transportation. Apart from the National Archives, you can also try county record offices, which will probably have records from the appropriate Quarter Sessions when sentence was handed down.

Trial Records of Convicts Transported from Scotland and Ireland

Both countries saw many people transported, often for no reason at all. The General Records office in Dublin and Edinburgh are the places to look for trial records to try and find details on your ancestors. No matter which country the trial was held in, you can learn a lot from the indictments and depositions.

A ticket of leave was issued in Australia, and gave the convict limited freedom to live and work in a specific police district before the end of their sentence. However, they still had to attend the muster and church services, and renew the ticket of leave annually. Tickets of leave listed the place and year of the trial, the name of the transportation ship, the crime, sentence, former occupation, year of birth and "native place," along with a very detailed physical description.

The Indent: Convict Transfer from Ship to Colony

The indent documented the transfer from transport ship to the governor of the colony, and gives more background than the ticket of leave. Along with the information available on a ticket of leave you also get and prior convictions, marital status and number of children, and religion of the convict.

Tickets of Exemption from Government Labour

A ticket of exemption from government labour, to give it the proper title, was granted when a convict when to work for and live with a relative. They contain much the same information as an indent, but add any crimes committed in the colony.