Home > Research Considerations > The Importance of the Protestation in Genealogy

The Importance of the Protestation in Genealogy 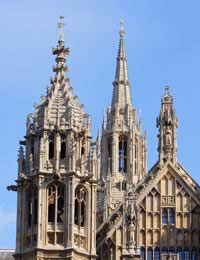 In the early 1640s, England was on the brink of Civil War between the King, Charles 1, and Parliament. It was a conflict no one wanted, and everyone tried to avert - to no avail in the end. But in an attempt to stop the horror of war, for the first time the whole population was called upon to sign the Protestation.

The Protestation was an oath meant to avert civil war, one that pledged allegiance not only to the King but also to the established church. Parliament passed a bill in July 1641 requiring those 18 or over (this meant all men; women were not usually asked to sign) to put their names to the "Protestation." No one could hold church or state office without signing. The Speaker of the House of Commons wrote to all the sheriffs, who in turn contacted the justices of the peace until the order reached the parish priests. They had to proclaim the Protestation to their parishioners and make sure they all signed it. This took place in February and March 1641/2. The Protestation Returns were then sent back to Parliament.

What the Protestation is, and its Importance to Genealogy

It was, essentially, the first list of names on a national scale, meaning it's a hugely important genealogy resource for anyone investigating family history. There are very few females who signed (indeed, they weren't intended to). A few males between 16 and 18 signed, too. Those who couldn't write marked a cross against their names, and even those who didn't wish their name to be seen in support were listed, meaning your ancestors are almost certainly listed.

It was never intended to be a historical record, and certainly no one had ever considered it to be a census of any kind at the time. It was an outpouring, an idea in motion to head off the war. But in retrospect, for genealogy it becomes an important document, the earliest extant listing of population for the country, and very useful for anyone assembling a family tree.

In genealogy, in fact, it might be the only sure way of placing a person in a certain place and at a certain time. In a time when parish registers were uncertain, this stands as concrete proof for a family history. It's certainly the most complete record we have, and although no one would say it contains 100% of the male population over 18, it's still an excellent source for any genealogy search.

Where Family Historians Can Find the Protestation

The original of the Protestation remains where it was sent - in the House of Lords. It's a valuable, even crucial document in the history of the country. Unfortunately, today returns from only about one-third of the English parishes survive. The good news for those in genealogy is that you don't have to go to London to view them, though; they've been published in book form, which should be available at larger public libraries, listed alphabetically by county, then parish and hundred - an exhaustive listing that's perfect for family history.

The Free and Voluntary Present and Genealogy

The Free And Voluntary Present is, for a better term, a complementary piece to the Protestation. It appeared during the restoration of the monarchy in 1661/62 (Charles II had regained the throne in 1660). It was a more complete but also sketchier document, a way of raising money for the new king. Those who signed also gave their name, status, occupation and the amount of their gift for the king, meaning you can use it in your genealogy search not only to trace an ancestor, but gain an estimate of his wealth.

When Charles took the throne, the coffers were quite empty after years of the Protectorate. What followed was the Free and Voluntary Present to Charles II - which was really nothing more than a way of raising money.

County Commissioners were appointed by Parliament to collect voluntary contributions (initially they weren't paid, but eventually they received a 5% commission on the money they collected). In general terms it was a failure, although the returns from it are very interesting for any family history buff. Depending on the area of the country, they run between 25-90% of householders, making an effective little census and a wonderful genealogy source.