Home > Research Considerations > The Importance of the 1911 Census

The Importance of the 1911 Census 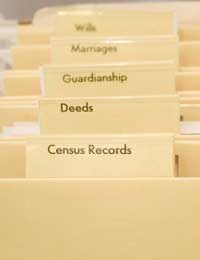 When the 1911 census was released online in January 2009, it was a momentous event. For anyone interested in family history, the release of an old census is always important, since it provides a wealth of new material, but this had special significance, for two reasons.

First, it was the first time a census had been released less than 100 years since it was taken. That was a precaution taken to ensure that virtually everyone mentioned in the census was dead, but it had been frustrating for genealogists eager to look into family histories.

The other thing that set the 1911 census apart from its predecessors was the fact that it was the first for which we possess records filled in by the people themselves. Previously the information had been compiled from original records by census takers and the originals destroyed. So anyone looking for their ancestors can actually view words written in their own writing, bringing a connection to the past much closer (as well as a few surprises).

Why Was The Census Released Early?

Normally the census information wouldn’t have been available until January 2012, but it arrived three years early because of a ruling under the Freedom of Information Act, which meant it needed to be released as soon as reasonably possible. As it stood, only around 80% of the records – which cover England, Wales, the Isle of Man and Channel Islands, as well British service personnel overseas – were available for release in January 2009, the rest due to arrive later. Some more sensitive information won’t be released until the 100-year deadline has passed.

The National Archives worked with a private company to scan in the records – around eight and a half million of them, covering 36 million people – and the work took two years, but still arriving ahead of the projected schedule. The information is in a searchable online database, and for a small fee, they can be downloaded and printed.

What Information Is In The Census?

Where previous censuses contained some basic details about the family – names, addresses, relationships and occupations – the 1911 census, held on April 2, 1911, contained even more information.

It also showed the length of the marriage (where applicable), the names of any guests in the house on the night of the census, plus any other notes that might have been included, including the number of children (which means those who might not have been at home when the census was taken).

Additionally, the census listed the place of birth of the occupants, their ages, nationalities and occupations, whether the householder was an employer or an employee and had any servants (and how many).

1911 was the era of women working to get the right to vote, and the suffragette movement had a number of vocal supporters, some of whom made very political comments on the form. Some women even stayed away from home that night in a boycott protest, while others refused to fill in the form.

The real treat for those tracing their family tree is that these records, including corrections, statements and mistakes, are in the handwriting of the householder who filled them out, so you could well be looking at the handwriting of your great-great grandfather, which brings an extra sense of immediacy.

In spite of heavy demand on the day of release, the servers didn’t crash, unlike 2002, when the 1901 census was put online. The 1911 census was actually delivered two years ahead of the projected schedule.