Home > Research Considerations > How To Find And Use Medieval Genealogy Information

How To Find And Use Medieval Genealogy Information 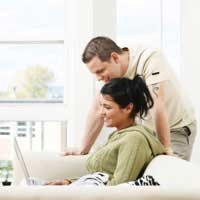 It's a given that the further back you go in your search for family history, the harder it becomes to find reliable genealogy source material that can help you. For the vast majority of us who aren't of aristocratic blood, a medieval genealogy search becomes particularly difficult, as medieval genealogy records are few and far between; beyond baptismal and death registers, there might be precious little, and even many of those have gone over the course of centuries.

But there are definitely some medieval genealogy records available, covering the period from the Norman Conquest to around 1600 (say the end of the reign of Elizabeth 1). There was a bureaucracy in this country, one that changed in nature over the time and which is useful for some people assembling a family tree. Many of the early records will be in Latin or Middle French, and although some later ones will be in English, many others will also be in Latin, since much record keeping was performed by the church, and Latin was their main language, at least until the advent of the Church of England. So you'll need to be prepared to work in translation.

Something worth remembering, frustrating as it can be, is that in the early part of the medieval period, most people simply didn't have hereditary surnames, making it almost impossible to trace a family history, so your chances of going all the way back to the Domesday book are virtually non-existent.

What Medieval Genealogy Records Are Available

Parish registers are the obvious source for anyone involved in genealogy, although the oldest will only date back to 1538, and few of that age survive. However, it's worth seeking out the bishops' registers, if any exist for the area, since, beyond information about clerics, they done sometimes have mentions of marriages and wills which can be useful when hunting down an ancestor.

Wills themselves offer an excellent source for genealogy searches, although rarely do the wills themselves survive these days. You're more likely to find them transcribed in a register of wills, which can be a wonderful family history resource. The problem, of course, is that so many people had nothing really to leave, although wills do cover people of surprisingly small fortunes, so they're definitely worth investigating as you look back through your ancestors.

The manor was the main unit of land in medieval times, and that makes manorial records especially valuable. To find what's available, you'll need to consult the Manorial Documents Register, which also tells you where the documents are held (although you should be aware than not all are still extant). As well as manorial surveys, there's plenty to be gained from the manorial court records, which frequently name tenants and can offering insightful glimpses into the lives - and deaths - of ordinary people, an invaluable source for family history. Pipe rolls, taxes, and common law records, where they exist, can also help.

For aristocrats, heraldry can tell a great deal about your family history , and the College of Arms is the prime source for genealogy information. Depending on what your ancestors did for a living, don't forget records of different guilds, or the registers of Inns of Court or the old universities.

How To Use Medieval Genealogy Records

Even if you can find the genealogy material you think you need (and some of it is available online, with more digitised all the time, a great boon to any amateur family historian), there's still the laborious job of going through it all, and dealing with the language and grammar.

Unfortunately, there's no substitute for time here when compiling your family tree. Be patient, and be thorough, and don't be disappointed if you don't find what you'd hoped might be there. As is the way with these things, one source might lead to another, and all you can do is follow the genealogy trail.

It's quite probably that trail will peter out early on for most of us. It's sad but true, and unfortunately just the way of the world. But with work, and luck, you might be able to go back into the medieval period and find ancestors, which would be a remarkable achievement indeed.