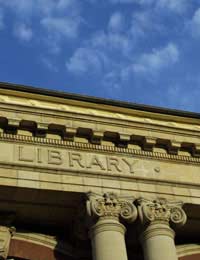 What Local History Can Tell You

The events you read about in history books all had very human repercussions. The periods of hedging and ditching, for example, changed the lives of tenants forever, taking away much of their common land, and altering the way they could farm. Many were forced away to find work elsewhere or in the cities. Bad harvests could ruin poor farmers, who always lived close to the financial edge (as did so many). Wars in every period of history took their toll on the male population (if a battle was fought locally, men were often not the only victims).

In other words, you need to know what happened and why, to understand the way your ancestors were, and why they might have moved. The Chartist movement of 1848, for example, might not have affected them directly, but they would have heard about it, and many would have supported its liberated ideas if they were from the lower classes.

Oftentimes, as you search through records, especially censuses after 1841, you'll find the addresses of your forbears. Don't treat them as merely another piece of information. Make a trip to look for them. In some instances the houses will still be standing and you can see what they saw, and touch the bricks or stone they touched. It's a feeling of connection like no other.

You can learn about the country's history from any number of books, and you almost certainly had grounding in it at school, however much you might or might not remember. On a local level, most cities have published histories of many different types, often overlapping, that deal with the important events in its history, usually from the earliest time it's noted (which in the case of many will be the Doomsday book, which you can also access online).

These books can tell you a great deal about the way your ancestors lived. Many cities and regions also have books of old photographs. Local history has been written about since the 17th and 18th centuries, and many of the amateurs who completed books on it did so in great detail - Ralph Thoresby in Leeds, for instance, published a definitive history of the region in 1715. Victorian times were field days for local histories, and the compilers (often local clergymen, for some reason) had access to people, whose memories stretched back into the 18th century, providing a wealth of detail. These often mention local families, too, and the Victoria County Library series is well worth your time.

Larger libraries have local studies sections where you can find plenty of material. These range from generalised local histories to those of specific neighbourhoods (many of which were originally villages) and even memoirs of local people.

The idea that people, especially in rural areas, tended to stay in the same village for generations` has now been generally discredited. Some did, of course, but many, many more moved around, although usually only within a 20-mile radius of their birthplace.

A lot of that changed with the Industrial Revolution. There had always been a trickle, sometimes a stream, moving to the city, but at that point it became a flood. If you live in a city, and your family has been there for several generations, that's probably the reason they originally came, often in the 1830s or 1840s, although for most the city streets didn't prove to be paved with gold. But the more you know about the tides that swept your family along, the more you'll understand everything that shaped you.

Taking a Genealogy Course
Share Your Story, Join the Discussion or Seek Advice..
There are local histories for most areas, often completed in great detail by educated amateurs in the 19th century. These can be very useful for learning (even villages that are now part of a city have their histories) about a place and the events in its past - your ancestors might even have taken part in them. From there you can access newspaper records and learn more, which gives you a picture you can use in your family history.
Caroline - 14-Jun-12 @ 8:17 AM
Title:
(never shown)
Firstname:
(never shown)
Surname:
(never shown)
Email:
(never shown)
Nickname:
(shown)
Comment:
Validate: