Home > Family History Resources > How To Use Census Records In Genealogy

How To Use Census Records In Genealogy 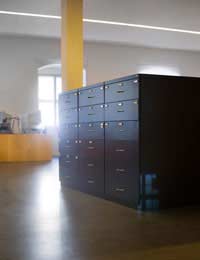 There have been censuses in Britain for two centuries, since the first one was held - after much acrimonious debate about privacy - in 1801. Initially the aim was just, literally, to count the population (the first one revealed a total of nine million people) every ten years, and that was how it stayed for the first three censuses. By the 1841 census, the first conducted by the General Register Office, it was agreed that a much clearer picture was needed. The questions were relatively cursory; the names of people in the household could be recorded - but not their relationship to the head of household. Likewise, the ages of those under 15 were noted, but those older had theirs rounded down to the nearest five years. The trade of the head of household was listed, and finally where they were born. In other words, census returns became a vital tool to genealogy and family history, and offering plenty of information to anyone assembling a family tree.

With its additional questions, the 1841 census marked a huge shift and a boon for genealogists. By analysing census data, it's easy to discover a great deal of data about your ancestors - where they lived, what they (and their wives) did, how many children they had, what they did for a living. In a number of instances it's still possible to visit the places where your forbears lived, which is a remarkable way to literally touch your family history.

From 1851, individuals were also asked their place of birth, and those born abroad but naturalised were noted from 1861. Additionally, every one had to give their exact age and relationship to the head of the household. You should be aware that there's a list of abbreviations commonly used in Victorian censuses that are useful to know, or at least have before you when you undertake a genealogy search.

How to Use Census Records For Family History

Probably the best place to begin with census records and genealogy is with the 1901 census, currently the latest one available (censuses aren't released for 100 years, for reasons of privacy). It's available online, so you begin your family tree research without even leaving the house. You do have to pay to use it, but it's money well spent. Start with the person search, and narrow it down from there (if you know the first and middle names of the ancestor you're seeking, try Advanced Person Search). You can also search by place, institution or vessel. Obviously, the more information you have, the quicker your search.

It's not expensive to view and download the census images you want and you can pay by purchasing vouchers in blocks of 10, which are good for six months. Downloading the images is best. Not only do you have them on your computer, available to print, you can zoom in on them to try and decipher the handwriting, which can be a problem in many of the census returns.

All the census returns from 1841-1901 can be found at the Family Records Centre, or online although, again, you have to pay to view pages.

What The Census Records Tells Us About Family History

Going back through the censuses helps paint a clear portrait of family. You'll discover that people moved a great deal, within the same city and even the same neighbourhood (rural families were mobile, too). It's also not uncommon to find them taking in lodgers, mysterious names that appear and are gone by the next census. You see children grow and take on jobs of their own. Suddenly you have a picture of a much wider bygone world that's your own family history.

Things that aren't there can also tell you a lot in genealogy terms. If an ancestor is in one census, but not the next (although his offspring are), then he/she probably died in the intervening decade, for example. A different wife's name would indicate he was widowed and remarried.

As census records were gathered by people who spent their days listening and writing (if the householder couldn't write, the census collector asked questions and filled in the form for them), it's subject to human error. Misspellings and incorrect information are all possibilities, and can create confusion in genealogy.

There a slim chance that the person you seek wasn't part of the census. Some 5% of the population just wasn't recorded, for one reason or another. And if you're checking the 1861 census, between 5-10% of it is simply missing - if the name you're seeking is one of those, it won't help your family tree.

Looking for Scotland and Ireland? The General Records Office in Edinburgh holds the Scottish census returns, which are also available online. Ireland is a different case. They're at the National Archives in Dublin, but many were lost in a 1922 fire, and those from 1861 and 1871 were destroyed by the government.

The Importance of Heraldry
Share Your Story, Join the Discussion or Seek Advice..
The census is probably the single biggest boon to anyone compiling a family history. There's all the basic information there, including lodgers in the household (and many families had lodgers in the 19th and early 20th centuries), all the children, ages and everyone's occupation. That's a huge amount and it can point you exactly where you need to go to find out more. Changes in address over a decade can tell a lot about financial circumstances, too.
Megan - 25-Jun-12 @ 9:17 AM
Title:
(never shown)
Firstname:
(never shown)
Surname:
(never shown)
Email:
(never shown)
Nickname:
(shown)
Comment:
Validate: