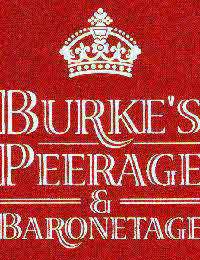 For most people, trying to assemble a family tree is a long, often complicated process that involves going through endless records from any number of sources, and can end in frustration – except for very rare cases, there’s only so far back you can trace your family.

If your family is descended from aristocracy, though, it’s very different, especially if the family has been titled for many centuries. Going back in history, the noble families were the ones who kept records. It was necessity, keeping track of property owned for inheritance and marriage purposes, so offspring were recorded, as were all the different unions.

Wills would be filled with all the appropriate courts, of courts, and many of these have survived. In addition, the family would itself keep copies, doubling the chances for any family historian who’s searching.

Several volumes can make at least the start of your search very simple. Most people have heard of Burke’s Peerage and Baronetage, even if they’ve never cracked open a copy. It was first published in 1826, and offers a very complete guide to the aristocracy, including offspring and marriages. Burke’s Landed Gentry is also important, since it covers those families who aren’t quite as important, but who own significant amounts of land. Add onto that Complete Peerage, by Cockayne, and for those North of the border, The Scots Peerage (Burke has records for Ireland), as well as Debrett’s Peerage and Baronetage, and you have a good start; Debrett’s was first published in 1769.

From these, any researcher should be able to trace back a family tree for multiple generations without any difficulty, and produce a very full tree. However, most aristocratic families go back centuries – indeed, in the instance of explorer Sir Ranulph Fiennes, OBE, the family can be traced all the way back to the Saxon era, before the Norman Conquest – but older records tend to be quite accessible.

Before 1384 records are very scant. You’ll be cast on the family’s own resources, and those may only exist if the family was noble prior to that (many titles are far more recent – bear in mind this was just 300 years since William had invaded and taken the country). Literacy was limited to members of the clergy and noble families (even then, not all of them would know how to read and write). But records for important families would have been kept – the Order of the Garter was established in 1344, for instance, so there would be records of those who were members and their families.

The good news is that, barring fire or natural disaster, most ancient families have kept their records. They may well need to be put in order, but for those families with long lineages, they will be the motherlode to any researcher.