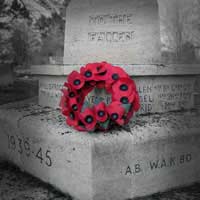 The two world wars saw huge numbers of people serving in the different branches of the military. During the 18th and 19th centuries, the King's shilling (as it was called) offered an option for many of the poorest - if they weren't taken by the press gangs to man naval ships. Whatever the branch, the military kept plenty of records, making them a wonderful genealogy resource. The big problem is recent records; since they're sealed for 75 years, so those for the end of World War Two will only be available in 2020.

Where to Start Using Military Records In Genealogy

The PRO, or Public Records Office, has many military records, the National Archives also has lots of military records on offer for anyone researching family history, including the birth dates, marriages and deaths of all soldiers stationed in Britain between 1761 and 1924. As a huge bonus for your family tree, the marriage records include the names, births and baptismal dates of the children born to these marriages.

If you're searching for military records of those who served overseas, then births, marriages and deaths can be found in the Army Register (from 1881-1959). The Navy has records from 1837-1959, and the Air Force 1918-1959 - after 1959 all records were amalgamated. The British Library has records for the East India Company Army (1748-1861) and the Indian Army (1861-1947). They're available online, to ease your genealogy search. The Commonwealth War Graves Commission has an online register on the 1.7 million Commonwealth servicemen who died during the two world wars, and the General Records Office for Scotland holds records of Scots who served. In other words, there's plenty of genealogy information at your fingertips in military records.

The first professional British Army was really raised in 1660, but from then until the First World War there was a huge discrepancy in social status between officers and men - the Duke of Wellington once famously called his common soldiers "scum," whilst officers were gentlemen. The Army List at the PRO contains the names of all these officers and gentlemen, so if the name of the ancestor you seek isn't there, it means he was a common soldier or NCO. However, a fire in 1940 destroyed some 60% of the records of men who served between 1914 and the late 1920s, so there are gaps, which can cause genealogy problems.

Your search is going to be much easier if you know what regiment your ancestor was in. Before 1883 service records were indexed by regiment, showing when and where the soldier served, his age and location when he enlisted, any promotions or discipline, and the reason for his discharge.

You can also try the Muster Rolls, which were kept from 1732-1898. Assembled monthly, they listed pay, location of the regiment at the time, and all offences committed during the period. All of this, however, might be more detail than you wish to find, although for a full family history, no detail is too much!

Anyone wanting to discover if their ancestor was awarded any decorations can consult the Medal Roll. The PRO has a list that goes back to the Battle of Waterloo in 1815.

The Navy And Genealogy Records

The basic unit in the Navy, of course, has always been the ship. So knowing the ship(s) your ancestor served on will greatly hasten your genealogy search. The muster rolls are prime material, giving details of a sailor's pay, his age and his enlistment. If you can find them, the logbooks of ships are excellent fodder. Before 1853, these are actually your basic genealogy material.

Between 1853 and 1923, service records were kept, with plenty of information, including ships served on, any promotions and discipline, and dates of entry and discharge. Any decorations - for both officers and men - will be on the Medal Roll, kept at the PRO.

If your ancestor was an officer, you have the advantage of the Navy List, which notes the ships served on and promotions gained, all grist to the family tree mill. You might also try and track down the passing certificate. From 1789 these were issued to all officers to prove their qualifications and were always accompanied by the baptismal certificate - another important genealogy item.

Marriages aboard naval vessels from 1842-1889 are listed at the PRO, and names of wives and dates of marriage will be in the officers' service registers. Widows of officers claiming a pension (applicable between 1797 and 1829) or the royal bounty (a year's pay for those killed in action between 1672 and 1822) had to submit their marriage certificates, so you can fill in family history gaps with these.

The Royal Air Force only came into being at the very end of World War One, so the majority of war records are from the Second World War. The biggest problem is obtaining them, since service records are sealed for 75 years. However, if you're the next-of-kin, the Ministry of Defence will give you restricted details for £25, a helpful family history tip. No RAF medal roll exists, but decorations for bravery were listed in the London Gazette.

Merchant marine records are nowhere near as complete as the Royal Navy, and most from before the 19th century have now been lost. The PRO has everything that's left. However, listings are just date and place of birth and baptism, so offer just the bare bones for genealogy.