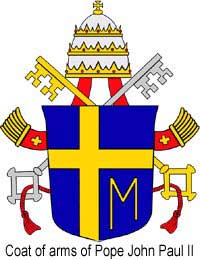 Heraldry, or armoury, to give it its proper name, is one of the oldest European ways of differentiating families. Its origins lie in the Middle Ages, when symbols were used on the shields and surcoats of knights to tell who was who in battle. These were the coats of arms of different families, and existed before surnames were in common use.

Initially, coats or arms were restricted to the high nobility, those who’d been granted titles by the monarch, so it was also a way of showing exclusivity in society. Within a couple of centuries, however, certainly by the 14th century, coats of arms had become fashionable for lesser nobility and even untitled gentlemen.

From this it’s possible to trace the development of a coat of arms through the generations. But there’s also more involved, which appears when aristocratic families joined in marriage. When that happened, the coats of arms were often marshalled, or merged within a single shield. This demonstrated the alliance of the families, but took on several different forms. Where the shields were impaled, as it’s known, the arms of the husband and wife would be shown side by side. Quartering was used by the children of the union, showing their father’s arms in the first and last quarter of the shield, and the mother’s in the second and third.

Who Can Grant a Coat of Arms?

Although it’s possible for anyone to design and adopt a coat of arms, it has no real standing. Within England, Wales, and Northern Ireland, only the Kings of Arms can grant a proper coat of arms (in Scotland it’s the Court of the Lord Lyon King of Arms, and the Chief Herald in Ireland). The register of all coats of arms in England and Wales is held by the College of Arms, which maintains an official register.

Just because you bear the same surname as someone who has a coat of arms doesn’t give you the right to bear it yourself. You would need to prove a familial relationship to the bearer of the arms in order to do that.

Women and Coats of Arms

Although a coat of arms has been passed down the male line, for as long as coats of arms have existed women have always been able to receive grants of arms in their own right as well as inherit the arms from their fathers.

When a woman was unmarried or widowed , her father’s arms were displayed in a diamond (known as a lozenge) on her shield. Women could only pass on their arms if they didn’t have brothers.

What Coats of Arms Tell Use

Knowledge of the coats of arms of different families can show how the families have intermarried over the generations, giving clues and also confirmation of unions, as well as ancestors and children.

This is very useful to any genealogist tracing a history of one of these families, especially where other evidence might be lost. The fact that all the changes in coats of arms are recorded provides concrete proof of a marriage.

The downside is that it’s only applicable to a very few families. That, after all, was the original intention of coats of arms, and however much it’s widened, it still only encompasses a tiny fraction of the population. However, for anyone who’s researching aristocratic families, a knowledge of heraldry is invaluable.