Home > Surnames and Genealogy > The Origins Of Surnames

The Origins Of Surnames 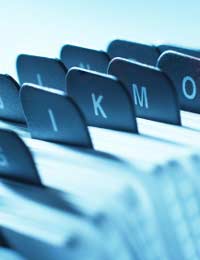 We can all trace our surnames back for generations through the male side of our ancestors. It seems like a solid, continuous line, and for genealogy that can be a good thing.

But surnames only go back so far, and that line might not be as unbroken as you think (people would change their names for different reasons, some legitimate, some dubious), and names could change in spelling and pronunciation. The history of surnames, and especially the origin of surnames, makes an interesting tale in genealogy.

If you could go back far enough, you’d reach a time when people didn’t use surnames in what’s now Britain. They didn’t need to. Communities were small, and everyone knew everyone else. There was little travelling, so beyond a first name or nickname there was really no need for identification. The family and the ancestry was known to all in the immediate area, and outside of that it was irrelevant, to all intents and purposes.

Things began to change after the Norman Conquest. Even then, however, it was fairly basic. The Normans had surnames, after a fashion, so you’d have, perhaps, William de Armagnac. It was simply a way of identifying where the person came from, nothing more, and not regarded as a surname, although it became so by adoption and used more than conscious decision.

For the vast majority of the English population, though, surnames remained completely unnecessary; their way of life altered little, although courtiers and those in power began to take on the Norman ways, and started to use surnames, either taken from the place they’d been born or from their trade. This, really, is the origin of surnames.

What’s In A Surname

There might be more in your surname than you’d imagine, especially if it really has been in your family for hundreds of years. If you’re a Fletcher, then a distant ancestor would have made arrows, a Cooper made barrels, while Nottingham probably came from – Nottingham. If you’re a Johnson, then at some point you had a male ancestor called John. So the history of surnames, at least if they haven’t been changed over the centuries, can reveal a lot about a family, and it’s not always too difficult to discover the origin of surnames, although it can seem cloudy at times, and you’ll need to hunt hard to discover the original meaning.

Surnames didn’t happen overnight. Although the Normans arrived in 1066, surnames were only commonplace by around 1400, and then only in England and part of Scotland – in Wales, where life was very different, surnames only began to take hold after the legal union with England in 1536.

Even then, they weren’t fixed, and people sometimes changed at will. So a Chapman (essentially a small trader who went from village to village selling goods from his pack) could become a Bristowe if he chose and came from Bristol. Others might change names to evade the law, such as it was.

Finally, though, surnames became more fixed, but even then, the spelling could vary tremendously, depending on who was doing the writing, as English spelling didn’t become fixed itself until the early part of the 19th century, meaning your journey back could be fraught with “errors.”

Surnames are a vital part of genealogy, obviously, but they also warrant study in themselves, not just because they’re part of us, but because they actually tell us a lot about our origins.

How Surnames Change Over Time
Share Your Story, Join the Discussion or Seek Advice..
Can you tell me if it is possible for a Bridgland to become a Brissenden.This would be in the Goudhurst, Kent area, between the 1861 and 1871 censuses. Many thanks.
Tuppence - 29-Oct-16 @ 12:19 AM
A number of people also took their names from where they lived, too, so John of York would in time become John York, for instance. Of course, there would be many John Yorks (there was only a small range of Christian names) so that would change, too, in order for someone to be distinctive. The surname was, perhaps, the first expression of individuality, a way if being able to locate a specific person.
Chris - 14-Jun-12 @ 8:14 AM
Title:
(never shown)
Firstname:
(never shown)
Surname:
(never shown)
Email:
(never shown)
Nickname:
(shown)
Comment:
Validate: