Home > Surnames and Genealogy > How Surnames Change Over Time 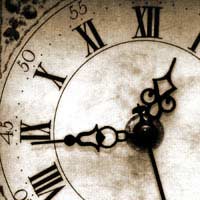 Surnames can tell us a lot, although not as much as they once did. If you went back far enough you’d know exactly what someone called Brewer did, or that someone called French had come from France. But once surnames became fixed and handed on unchanged from father to children, the meaning of surnames took on less of a role.The origin of surnames is an interesting study, and the fact that you’re called Cooper might mean that some distant ancestor did make barrels. Equally, it might not – in the history of surnames, you’ll find that quite often, people have changed their names.

Why Do People Change Their Surnames?

There could be any number of reasons why people change their surnames. They might want a fresh start with a completely new name because of a break with the family, for instance. Some will have changed surnames in an attempt to evade the law. With immigrants, a complicated foreign name might well have been Anglicised (this happened a lot with Eastern European immigrants into the US, as the records at Ellis Island show), either by the person letting them into the country, or even the family itself in an attempt to assimilate.

A lot of women, too, change their surnames when they marry, or the name might become hyphenated to accommodate both married and maiden surnames together.

The Problem With Changing Surnames

For the genealogist or anyone putting together a family history, going back and finding someone has changed the family surname can very extremely frustrating. In many cases the break between old and new surnames is a clean one, so it can prove very difficult, if not impossible, to find the original name, leaving you with a dead end that can prove impossible. Even if you can, you might never discover exactly why that ancestor chose to make a change, just adding to the mystery.

This is why you shouldn’t stake too much on the meaning of surnames; as you go back they can be deceptive, and sometimes, on the incredibly rare instances you can go all the way back, the origin of surnames might well prove not to be what you’d expect.Something else that happens, as you might well discover, if that the spelling of the surname alters over time. English spelling has really only been fixed for about 200 years; before that it was quite fluid, which means a surname could well have altered in both spelling (and possibly meaning) over the centuries before it became fixed. We think of William Shakespeare, for example, but in his time it was often also spelt Shakespere and several other ways, all of which were perfectly acceptable, and which makes studying the history of surnames fascinating.

Tracing Your Ancestors By Name
Share Your Story, Join the Discussion or Seek Advice..
We have been investigating our surname and found that Pama is not our original one. It should be Nomyayi. It is going to be difficult to change it but it is imperative to do so.
N/A - 9-May-21 @ 3:58 PM
I think our family name changed from Hay to Hayes I’m not sure when or why.
Mia - 2-Feb-19 @ 7:38 PM
Title:
(never shown)
Firstname:
(never shown)
Surname:
(never shown)
Email:
(never shown)
Nickname:
(shown)
Comment:
Validate: