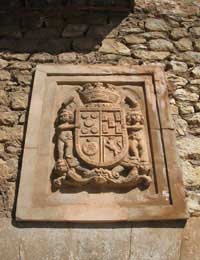 Finding any records in the pre-1538 world (when, under the Church of England, parish registers began) is a difficult, and often impossible task in genealogy. It's hard enough when you're dealing with baptismal records and legal documents. But it can be a nightmare when it comes to finding marriage records.

Recording of Marriage and a Genealogy Search

The simple sad fact is there was no systematic recording of marriages in England and Wales before 1538, which makes a genealogy search problematic. Prior to this, in fact, there was actually often no clerical involvement in the weddings of ordinary people - they were either married in a "handfast" ceremony at home, or outside the church door. Where the clergy was involved, it was usually to wed people of substance. What this means, of course, is that the majority of weddings were never recorded for posterity, as the view of witnesses were perfectly adequate to last a lifetime in small communities. Add to that the fact that the vast majority of the population was unable to read or write, and there seemed to be no need in what was essentially still an oral culture. That was fine for them, but no help when assembling a family tree.

For the rich, the recording of a marriage was as much for legal reasons as to celebrate the coming together of two families. It established the union in case it was needed in court - for the purpose of confirming succession, perhaps. In other words, the richer your ancestor, the better chance you have assembling a family history.

Although we think of it as a time when people married young because of a short lifespan, that generally wasn't the case, and in genealogy terms, that's well worth remembering. Among the upper classes couple might have been promised to each other from very young ages in arranged marriages, and the ceremonies took place when they were young, but these were the anomaly rather than the rule. For most people, the girl would usually be in her late teens and the man in his mid to late 20s when marriage occurred.

Where there are no marriage records, of course, discovering the date and place of the wedding becomes a virtual impossibility in genealogy. However, that doesn't preclude at least verifying that the union actually took place, and there are several avenues to pursue here.

Where they still exist, service books, missals, Psalters and clerical annotations can give facts. Unfortunately, very few have survived over the centuries, so this becomes a long shot, especially as many that do still exist are in family collections, which can help your family history tremendously.

You have a better chance with legal documents, such as Chancery records, inquisitions, wills and deeds, which are meat and potatoes in a genealogy search. More of these can still be found, and in a large number of cases, make reference to spouse and offspring - in other words, a whole range of your ancestors. You can also apply some deduction and conclude that if a will makes no reference to either, but to brothers and sisters, then the testator hadn't married. Where the relationship between the husband's and wife's families was important - on matters of land or business, for instance - it's possible to discover the wife's family. Fines (or fees) might also have been due at the time of marriage, so a look through the rolls can prove to be a golden strike in genealogy.

Heraldry is another possibility, if you're dealing with a family that had a coat of arms (and many more did that we might imagine from this remove). The husband would have had the wife's crest as part of his coat of arms (only if she was heir to an estate would it have stayed in the crest past that generation). With some judicious digging, it's possible to discover her family from there, although you might need heraldic help. From there, with the use of other legal documents, you might be able to discover her name, as well as those of any children the couple had.

Genealogy Source For Non-Anglican Marriages
Share Your Story, Join the Discussion or Seek Advice..
Is it possible to get a parish Record Copy of the birth of Thomas larney born in 1792 and his baptism record on 26th January 1794. His father was Thomas and his mother was Mary. Is it possible to find out Mary's maiden name?. I have a film no of 396230,396231. I believe Thomas Larney (junior) is a uncle or great uncle of my g,g Aunts & Uncles. I have got so many things I would like to find out within my family History on my mum and dads side, I wonder if there is any one who can recommend any one that can help and will find out information that I haven't discovered myself already. I would like to know how the boxerDon Cockell is related to my dad which is a fact, just can't find in which way, dad is no longer around, so I can't ask him, and any information on Harry Champion the music Hall artiste who is related to my grandma sister on my mums side
Larney/Howell - 31-May-18 @ 3:29 PM
Title:
(never shown)
Firstname:
(never shown)
Surname:
(never shown)
Email:
(never shown)
Nickname:
(shown)
Comment:
Validate: