Genealogy Problems You May Enounter In Your Family History Search 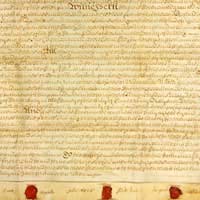 One thing you're going to learn very quickly is that genealogy isn't an exact science. It might seem straightforward enough - someone was born in a particular year, married in a particular year, had a certain number of children and died - and a fair bit of it can be accomplished without worry. But what do you do with conflicting data you might find in a genealogy search, for example?

Conflicts and errors happen all the time where humans are concerned - that's why it's called human error. Things are misspelt and dates are written down wrongly. It occurs, and most people don't even notice. But for anyone researching a family tree, it's enough to make you tear your hair out.

Consider dates. Maybe your grandfather's birth certificate shows he was born on April 3rd 1921, but your grandmother insists it was April 3rd 1922. Who's right? Unless he's around to tell you, you have a conflict. Other sources might be able to give a clearer indication, but you're still left with a question mark over the issue. Much the same occurs if his birth certificate lists the surname as Hinchcliffe, but his marriage certificate says Hinchecliffe. Clerks make mistakes like everyone else - but people also have faulty memories, and things alter over time, none of which helps a genealogy search.

When you run into something like this, more research is essential. But in genealogy you have to realise you might never get to the bottom of the issue. As you go further back and documentary evidence becomes more scanty, the chances of finding any kind of definitive answer become less.

Even handwriting can become an issue in genealogy. Not all old records were lovingly penned in easy-to-read copperplate. Most were written quickly and in a cramped hand. Deciphering them can pose a problem in family history akin to making out a doctor's prescription - just look at some of the old census returns. However, it's still always best to use primary sources, such as documents from the time, rather than secondary sources, which could have become corrupted or wrongly transcribed. But you should record everything exactly as you see it, regardless of how much you might want to change things. If your research takes you back several centuries, consider a course in paleography, which will teach you how to decipher old writing, the principles of letter creation and commonly used abbreviations, and very useful in genealogy.

How Dates Can Affect a Genealogy Search

At one time the new year began on March 25th. Under the Julian, or Old Style (OS) calendar, that had been the way of things. However, in 1582, Pope Gregory XIII introduced the New Style (NS), or Gregorian calendar, under which the new year began on January 1st (on the year it was introduced, to eliminate discrepancies, 10 days simply vanished from the calendar, so October 4th was followed by October 15th).

Most Catholic countries took up the new calendar immediately, but Protestant countries didn't. In Great Britain, Ireland and the British colonies, it wasn't adopted until 1752 (Scotland took it up in 1600). What that means for the genealogist is that you might well find double dates given for events between January 1 and March 24 in the years 1582-1752. So they often appear as "25 January 1687/1688," for example. Record them as they appear. All of that can make genealogy very confusing.

Religion can play a part in dating things, too. Both Islam and Judaism have their own calendars, and if you're working with ancestors from either of those religions, you need to become familiar with their calendars as you delve into your family tree in order to reconcile things.

Even the Quakers have their own variation on the Julian and Gregorian calendars. They identified the month by number rather than name. So, prior to 1752, "the first month" was March, whilst after 1752 it was January. When looking at Quaker records, in genealogy you need to be aware of this.

To add an extra layer of confusion to everything, there are also regnal dates, which have nothing to do with either the Julian or Gregorian calendars. Instead they deal with a monarch's reign and can be found on formal documents created for or signed by the monarch. First used in the 8th century C.E., it became commonplace after 1189, when Richard 1 was crowned. The regnal year generally begins on the monarch's accession (not coronation) date, with the next regnal year beginning on the calendar anniversary.

James 1, who became king in 1603, actually used two sets of regnal dates, as he was already King of Scotland. Even after the Gregorian calendar was adopted, regnal dates continued. Although they can bring more work in genealogy, they can actually sometimes help pinpoint an event more precisely, at least to within a few months, which can prove important in family history.

What Genealogy Qualifications Can You Obtain?
Share Your Story, Join the Discussion or Seek Advice..
I have been searching for the name of Campion from County Down but was told that the name Campion was not a irish surname? . Trying to get a marriage certificate and asked what church they married in 1835? in ireland do they not have indexes, that by alphabet the name of the place, page number, and volume number to send to the main record office, i assumed that being part of England they would have adopted the same system.
shropshire lass - 1-Jan-13 @ 6:22 PM
Title:
(never shown)
Firstname:
(never shown)
Surname:
(never shown)
Email:
(never shown)
Nickname:
(shown)
Comment:
Validate: