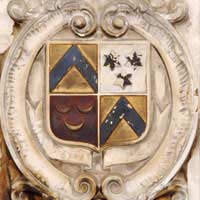 As with births and marriages, the problem with death records before 1538, when the Anglican Church decided all three should be recorded in the parish register, is that for the most part they don't exist - which can mean a dead end in genealogy.

In many instances, the only way to discover a death in this period is by absence. Documents might refer to the man in the past tense, for example, or his name might no longer appear among lists of jurors or witnesses. That tells you something, but in genealogy, it's not very useful.

Even for the rich, recording death itself was relatively unimportant. When someone died, the wills and testaments then became authoritative rather than any death records themselves. Since the Crown was always out for whatever it could get, be it land or fines, it took a great interest in wills, with civil courts having the final say in any disputed cases. This means references to the deceased and his property can be found easily, helping your genealogy search.

Your main family history sources are much the same as anything else for the period - where they exist. Church service books, missals and Psalters are good, as are clerical annotations. The big problem, once more, is the lack of them to complete a family tree. You can often find information in heraldic records, the various fine rolls, and among Chancery records. But your best bets are legal - probates, coroners' records and inquisitions post mortem.

However, in all these cases, the people involved would be at the richer end of the spectrum. Those who weren't as wealthy often died anonymously, meaning your chances of finding an ancestor among them are close to nil.

Heraldry can tell us at least something about death, and can prove to be an excellent genealogy resource, if you understand how to use it. When a wife who was entitled to a coat of arms died, her crest was removed from that of her husband (unless she was an heiress, in which case it remains for another generation). However, a widow had the right to continue to bear the combined coat of arms of her husband (in the case of divorce she reverted to her paternal crest). It can seem complex, but where it applies to you, it's an important family history tool.

You're quite likely to find the coat of arms of the deceased displayed in the church where the family worshipped, where it will be on a diamond-shaped "hatchment." There's a specific code of colours to these hatchments, which indicates not only the sex and marital status at the time of death, but also whether the person had married more than once. It's far from everything you need in terms of genealogy information, but it does form one more piece of the puzzle.

Oftentimes, the very poor leave as many, if not more, records than the rich. Certainly they had to be buried somewhere. Although local authorities often had arrangements with churches for burying the poor, those largely arrived with the Anglican Church. The first poor laws weren't enacted until 1563, and those involved churchwardens collecting alms from the wealthier people of a parish. It wasn't until 1597 that a poor rate was levied, enabling parishes to build poorhouses (children were generally sent away from their families to be apprenticed). But this means that the poor, if buried in consecrated ground, received quick, anonymous burials - often tumbled into a sort of mass grave to cut down on expenses. Certainly there are no extant records, and where burial in the churchyard occurred, it was probably by the kindness of a priest. Again, that's no help in a genealogy search.

You might have better luck if your ancestor was a criminal, especially if he was hanged (a gruesome thought, perhaps, but true). There will be court records of the trial and execution (and it does help you pinpoint a date of death!), useful if it happened in your genealogy.

What this all means is that, unless your ancestors come from the upper echelon of society, your chances of discovering the date or circumstance of their death in the years before 1538 are negligible. The lack of records is why most family trees fade out around this time.

Death Certificates 1837 to Present Time: Family History Research
Share Your Story, Join the Discussion or Seek Advice..
Hi Everyone I have been trying to locate a burial/cremation for 1957. I have the death certificate which does not reference any information to which. There was a coroners inquest but the papers do not reference to any funeral arrangements etc only that a brother identified the body. I do not know whom the body was released to. I am stuck to what to do next. Surely there must be a record somewhere?? Anyone who could put me in the right direction. Much appreciated. Thank you
Netty - 15-Mar-16 @ 4:40 PM
Title:
(never shown)
Firstname:
(never shown)
Surname:
(never shown)
Email:
(never shown)
Nickname:
(shown)
Comment:
Validate: