Home > Ask Our Experts > Were Quarter Sessions in Open Court? Is there Public Access?

Were Quarter Sessions in Open Court? Is there Public Access? 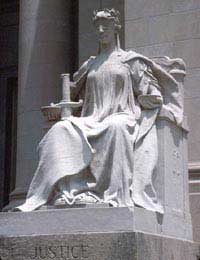 I am researching the life of a dead relative who was tried and convicted of an offence by Quarter Sessions in 1953. The local archivist has a copy of the file, but wants me to establish whether the proceedings were held in open court or not. Can you tell me whether Quarter Sessions hearings were held in open court, and if so, other than the data protection act, whether there are any statutory restrictions on public access?

In legal terms, the phrase “open court” means that the proceedings are held in public, and it would seem that this would have applied to the Quarter Sessions proceedings. That said, some trials are in camera, or in private, and without more detail it would be impossible to know if your relative’s was one of them. However, in all likelihood it would have been held in open court, unless there were special circumstances involved, since that was the basis of most proceedings – and is indeed the basis of our judicial system.

The Quarter Session system ended in the early 1970s, and is now the Crown Court, but its history is long, going back to 1362, and the name refers to the fact that they were held four times a year.

The Quarter Sessions dealt with more serious crimes, ones that were beyond the scope of the local Petty Sessions. However, the most serious crimes, which could end in a verdict of death, would go on to be tried by the Assizes. But the Quarter Sessions also heard a number of civil cases, most particularly concerning local administration, where they handled the duties that would later be assumed by county councils, or things like bankruptcy.

Britain exported the concept of Quarter Sessions – indeed, much of its legal system – to parts of the globe, with Quarter Sessions held in Ireland, New South Wales, and the American colonies, as well as India and Malaysia.

Many Quarter Sessions records are held by either local or national archives. In fact, they can make for fascinating reading, with cases reported in full. The tales to be found say a lot about the people and the country at different times in history, including those who ended up transported, either to North America or later to Australia.

As to restrictions on public access, with more than 50 years gone since the trial of your relative (who is probably dead), there should be no restriction on access to all the details of the case – although one would assume your local archivist would be familiar with the law pertaining to these matters. There were cases which had reporting restrictions, but your researches should already have established whether this applied to your relative.

You might also like...
Share Your Story, Join the Discussion or Seek Advice..
[Add a Comment]
I am trying to locate the birth record and parents of my 4th great grandfather Peter Ball born c1799 Southport Lancashire. He was a weaver and Bill poster but also Bellman for Southport. A short historical novel called "Peter the Bellman" was written about him by Alan Joyce. Peter married Alice Jackson in 1829 and had 9 children (5 appeared to survive that I'm aware of). The family lived around 51a East Bank St Southport in 1851 (showing on the census), however I can't find the family in 1841. Peter died 13/03/1858 and was buried at Christ Church Southport. Records report that he died in poverty and money had to be raised to bury him. His wife Alice appears in later census results. I have studied the Poor Rate books and discovered that Peter was recorded on East Bank Lane (street) up to 1840 and then disappears. There is a note next to his name saying "Gone to Manchester". Although his death records him as being born 1799 there are no records of a Peter Ball born 1799 in the Parish Registers. I have researched the Peter Balls born around that time in Southport and although a few of them could be the Peter I'm looking for I'm not entirely sure. There is a Peter Aughton born 1801 who was base born and changed his name to Peter Ball Aughton but it's not him as I can find him in later census results. There is also a Peter Howard (also base born to a family of Balls) in 1811, this family are removed in 1819 and there is a separate reference to a Peter Ball on the removal order. Also there is a family in Marshside Southport (Nicholas Ball and Betty Wright are the parents) their son Peter was born 1797 and he is a possibility but I can't prove it. My partner is historian for Southport and has written about Peter in the local paper and put feelers out to see if anyone knows anything about Peter and there are a few genealogists who have tried to research him, but nobody can find any further information. If anyone can help me I would be extremely grateful.
Suzie - 6-May-17 @ 1:00 AM
I am trying to trace our Ancestors who Emigrated from Ireland to South Africa sometime in the 1850's.It is believed that they emigrated on the ship by the name of "Castor".A son was born on board ship and was named John Castor Butler after the name of the ship. I would appreciate any help with this.Many thanks.
Lionel - 29-May-13 @ 6:27 AM
Hi...i am looking for info on Mary Lennon, who emigrated to australia as an irish famine refugee.her mother was:bridget conroy and her father michael lennon (blacksmith) from Galway, Ireland.Many thanks.
suz - 28-Apr-13 @ 5:28 AM
I am searching for my biological mother. She married a US serviceman in Germany in 1960. Her christian name is Paulette and the serviceman she married is Vernon, but I don't know his surname.Would there be a record of their marriage in the US Military somewhere, and if so where would I look. Paulette was a New Zealand citizen who married an Englishman and was living in Porsmouth circa 1958-59 when she met Vernon. Would there be a record of a servicemans wife entering the US?Any suggestions would be greatly appreciated
Paul - 28-Jul-11 @ 3:01 AM
Title:
(never shown)
Firstname:
(never shown)
Surname:
(never shown)
Email:
(never shown)
Nickname:
(shown)
Comment:
Validate: